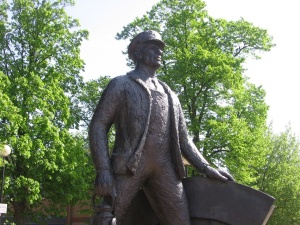 Thank you very much for your forbearance over the last month. During the intensity of a by-election in the national spotlight, you have shown yourselves to be a cheerful, kind and polite lot.

My heart goes out to those whose loved ones were lost in the Luxor hot air balloon disaster. Also to the survivors.

We went on one of these very same hot air balloon rides over the desert a few years ago at Luxor also. It was magical – as my photo above shows. They tend to do them first thing in the morning when the air is the right temperature.

For such a tragedy to happen in such idyllic surroundings on what should have been a joyful and memorable sight-seeing journey, makes the whole thing unspeakably awful.

It appears that we are now very firmly in “you couldn’t make it up” territory.

As usual, Steve Richards in the Independent is a breath of fresh air as he compares the current Lib Dem difficulties with the NHS reforms:

There is more of a media frenzy over the allegations of sexual harrassment concerning the Liberal Democrats’ Lord Rennard than there was when Nick Clegg gave the go-ahead for the ill-conceived NHS reforms. Yet the Rennard saga is much less significant – and the messy reaction to it from the Lib Dem leadership is easily explained and to some extent excused.

You can read the full article here.

A pure classic. Boris loses his temper with the London Assembly. He was all ready to answer questions about his huge new budget, but they couldn’t be arsed to ask him any. So he flies into a rage and the air is blue with classically-educated epithets, including the memorable:

You have to admire the coolness of the chair. 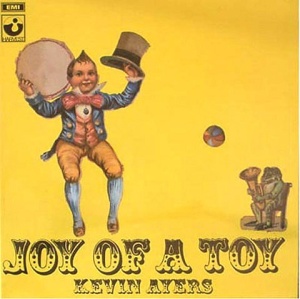 Kevin Ayers was very much part of growing up for me. His music was often played around the house by my brothers. My brother Andy can probably claim to have the largest and most well-kept collection of Kevin Ayers’ albums in Cornwall.

So it was sad today to hear of the great man’s death.

Here, in tribute, is one of his many excellent album covers (right) and a track which is one my all time favourite tunes – “Stranger in Blue Suede shoes” from Kevin Ayers’ 1971 album Whatevershebringswesing – below on YouTube. I should mention that the superb piano playing, which gives this track its special “zing”, is from David Bedford.

A few years ago, I downloaded this track from iTunes, imagining, rather farfetchedly, that the small royalty cheque for such a purchase would bring a thrill to Mr Ayers in the south of France. We can all dream.

The two girls in our household have been crazy about Stornaway for several years. Having enjoyed their gig at New Greenham Arts tonight, I can now see what they were on about. A superb band.

The Lib Dem connection is that Tim Bearder, son of Catherine Bearder MEP, was the first person to play Stornaway on the radio and was suspended from BBC Radio Oxford in March 2006 for “barricading himself in the studio” and playing a full hour of Stornaway on air.

Unfortunately, the hot house atmosphere of a by-election campaign means that any controversial comments by candidates get magnified a thousand times.

Let’s be frank, Maria Hutchings has a record of bringing her children into the public domain.

Like anyone, she has the right to decide where her children are schooled.

But she went one crucial step further and said that it was “impossible” for her “gifted” son to be educated in state schools in Eastleigh, alluding to her child’s ambition to be a surgeon.

That is a view which is perfectly valid and proper for political debate.

It would be unbelievable if such a comment, in a hotly contested by-election, were not picked up on.

And it is perfectly valid to point out that Eastleigh has excellent schools, as certified by Ofsted, and that Mike Thornton’s daughter was state educated in Eastleigh and is studying medicine at Imperial College, one of the foremost scientific colleges in the country.

And, yes, it is valid to criticise Nick Clegg if he sends his son to a private school. But, note, Nick Clegg has at no time taken a swipe at state schools.

Yes, Paddy Power has a sense of humour. And I like that “666/1” – must have been a particularly joyous hour at Power Towers!

At 1000/1 is Bono and also Father Dougal MaGuire of Craggy Island.

The latter, Father Dougal, was also 1000/1 in 2007 for the last Papal election, and the Washington Post reported those odds with all solemnity, as I noted at the time after watching a hilarious stand-up routine from Father Dougal’s alter ego, Ardal O’Hanlon.

Hacked Off have issued an analysis of how the Tories’ proposed Royal Charter matches up to Lord Leveson’s recommendations.

They find the Charter meets just five of Leveson’s proposals, does not meet 23, and is unclear on two of them.

You can read the analysis here.